Twitter Marketing Strategy: How Much Book Promotion is Too Much? We’ve all felt it. The tightness in the chest. The feeling otherwise known as panic that sets in upon a book’s release. Will anyone buy it? Will people enjoy the stories we’ve poured our hearts into?

We want to shout from the rooftops to celebrate releasing our work into the world, and we’ve heard that Twitter is a crucial part of a marketing strategy, and so we tweet, @mention and retweet. Yet how much should we say before all of our promotional efforts start to fall on deaf ears?

Is there such a thing as too much Twitter promotion?

Before you try to convince readers to buy your book, your goal as the author should be to build trust and a relationship with them. You can build trust with readers much like you build trust with anyone else. Start by finding a common bond, sharing information about yourself and letting others know what you like.

Find topics to talk about apart from yourself and your books. Current events, fashion and food are often good choices. Talk about your favorite television shows, books or musicians.

Show your personality. If you’re funny, don’t be afraid to show that side of yourself online. People respond to people they relate to, and being relatable is how you will attract your audience.

Pay attention to your tweets, the @replies, the number of favorites or retweets. Note the ones that attracted a good response from your audience, and write more of that type of post.

Learn the difference between hard selling and soft selling

The truth is, if you know the difference between these two types of promotion, you can share information about your book daily without making your audience and readership feel “sold to.”

A hard sell is a direct, “buy my book” type of message. It can be an aggressive strategy and is usually reserved for products that are hard to sell.

Instead, you’ll want to master the art of the soft sell, a technique that relies on “suggestion or gentle persuasion rather than aggressive pressure.”

Once you’ve created a relationship with your audience, selling will feel less forced, more natural and conversational. Soft-sell marketing is effective because the author creates a lasting bond with her readership.

If your audience connects with you, and they like you, they will buy from you. It’s that simple.

Is there a magic formula for promotion?

Some writers are always on the hunt for a magic formula. How many tweets should I post each day? What time of day should I focus on social media?

Yes, there are ways to help grow your social media following, and there’s a lot of great advice for what to do (and not to do) on social media. However, if you build a rapport with your audience, you can tweet as much or as little as you like, and still be effective.

[bctt tweet=”If you build a rapport with your audience, you can tweet as much as you like,” says @jenniferafusco”]

Take a look at Laurell K. Hamilton (@LKHamilton), an author who tweets frequently. She’s both conversational and engaging with her audience. By looking at her posts, you can tell she’s having fun on Twitter.

Romance author Molly Harper (@mollyharperauth) is also very effective on Twitter. She doesn’t tweet often, maybe once or twice a day, but her humorous personality shines through in her tweets, delighting her audience.

The first three use a hard-sell approach:

Here are the same tweets, rewritten to incorporate a soft-sell message:

See the differences? The second set of messages use a friendly tone. The tweets are conversational in nature and the purchase of the book is implied without the use of hard selling.

To write great soft-sell messages, read the tweet aloud. If you feel the message says, “buy my book”, rewrite it.

Create soft-selling tweets with the goal of starting a dialog. Use hashtags to invite others to join the conversation. Your soft-sell messages don’t always have to include buy links or book related tags.

Apply the same concepts to other social media channels

While I’ve focused on Twitter, you can easily apply the idea of building a rapport with your readership and using a soft-selling on Facebook, Pinterest, Google+ or wherever you prefer to promote your work.

If you’re vigilant about keeping your social media conversations light, entertaining and engaging, and you in the effort in to build a bond with your readership, you won’t have to worry about how much promo is too much. Instead of being a burden or nerve-wracking endeavor, promotion will seem natural and effortless. 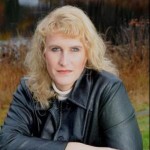 About the Author: Jennifer Fusco

Jennifer Fusco is the author of Market Or Die, a marketing book for writers published by BelleBooks, and the owner of a publicity services company. Ms. Fusco also writes romance. Her contemporary romance Fighting For It will debut September 15, 2015 from Penguin Books.