What 200 Rejections Taught Me About Being a Freelance Writer When I started freelancing many years ago, it was with great enthusiasm and very little knowledge.

I had a bachelor’s degree in journalism studies, graduating as one of the top students in my class. But whereas I could tell you all about the social meaning of news, I had no idea how to sell an article.

I graduated a year before my husband, and while I waited for him to finish his degree, I decided to take up freelancing on the side. We were living in a small coastal town with limited media outlets, and I supporting us by working as a breakfast waitress at a local hotel. I reckoned freelancing would be an easy way to get a foot in the door and start establishing connections within the industry.

I was wrong.There was nothing easy about it at all. I had a vague sense of the importance of market research, but decided I would be better off carpet bombing the whole market with ideas.

Determined to get my first few assignments, I would send out query letter after query letter, indiscriminately. They went out to local papers and national newspapers, to regional magazines and high end consumer magazines.

Each time I licked the stamp (Yes, really! This was at the time when SASE was still a familiar phrase) or hit the send-button, I did so with great confidence that this was a winner; this was the pitch that would land me an assignment.

I was wrong a lot that year.

In the course of 12 months, I sent out about 220 ideas. Around 20 of those ideas ended in assignments. In other words, I had a rather abysmal success rate of about 10 percent.

But being turned down 200 times in one single year taught me a thing or two.

1. Being rejected isn’t the end of the world

Heck, not even 200 rejections equals the end of the world!

I’m by nature introverted and conflict-averse. A single “no” could make me curl up in a corner, but being flooded by 200 of them? The sheer amount of them short-circuited my natural response and I quickly learned to just shrug them off and move on.

You’re gonna be better at dealing with rejection than any of your friends, since about 80 percent of your job is composed of running headlong into it, according to Jamie Cattanach. If you give up after a few rejections, you are probably not fit for the freelance lifestyle.

To survive as a freelance writer you have to get used to being turned down. And the only way to get used to it, is by trying and failing. Fail fast, learn fast, succeed fast.

2. You can save time by spending time

By the end of my year of rejections, I finally started to realize I was wasting a whole lot of time shipping out half-baked ideas that never got anywhere. I wised up and learned that you are better off pitching one good idea to the right market than a dozen mediocre ideas to whoever.

By studying the market, pinpointing the publication that best matches your idea and making sure you truly understand the audience they are aiming for, you will stand a far better chance of getting a yes from the editor.

It is always better to take the time to do the research that will get you a “yes” than to waste your time writing generic query letters that will only get rejected.

The 220 ideas I submitted didn’t just teach me about rejections. They also taught me a lot about what it takes to get a “yes” and which ideas will end in an instant “no.” When I left freelancing, my acceptance rate had gone from the abysmal ten percent to being closer to 75 percent.

So what had changed between the 10-percent and the 75-percent conversion rate? Mainly one thing: I had learned how to generate ideas that sell to paying markets.

If you find yourself being turned down continuously, learn from it. Don’t get defensive, get curious. Figure out how you could have done it better and then apply the lessons you’ve learned next time you submit your ideas.

It might take time to succeed, but it will go a whole lot faster if you are willing to learn from your mistakes.

What have you learned from the rejections you’ve received as a writer? 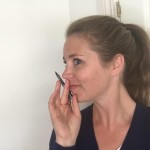 Sesselja is a previous freelancer now working full time as a journalist.