How to Write a Fight Scene: 5 Ways to Add More Punch to Your Novel

When I began writing my first crime novel, I knew it would be a challenge. But there was one aspect of writing that I was sure would be much easier than the rest: the action scenes.

The plot was going to take a lot of work, the research would be arduous, the character development would drain me — but the action scenes were going to be a breeze.

That was before I wrote one.

How to write fight scenes that satisfy your reader

The fight scene played out in my head and I wrote it happily, seeing each blow in my mind’s eye. I heard each hit as it landed, saw the blood and cracked bones, felt the impact of fists and feet and knees and elbows.

The fight, in my mind, was glorious. The fight I’d committed to paper, however, was a literal blow-by-blow account, and it was boring.

Discouraged, I trashed the first draft and did some further research. The second, third and fourth drafts have been much better.

Since then, I’ve learned a few things. Here are five tips that will help you learn how to write fight scenes.

1. Study how great authors do it

If you want to know how to write action, study these writers’ work. Some scenes feature intense, vivid descriptions; some have almost no description at all. Some action scenes are fast and deadly, some are longer and suspenseful.

Reading a variety of work will help inspire you to try a few different ways of writing action scenes, and ultimately find the one that works best for you and your story.

2. Use a style that fits with your novel’s tone and pacing

For example, in his Spenser novels, Robert B. Parker often goes into great detail about what his characters wear, but his actions scenes are short and deadly.

I hit Shelley under the jaw, and he stepped back and swung at me. I shrugged my shoulder up and took the punch on it. I hit Shelley four times, three lefts and a right in the face. He stumbled back, blood rushing from his nose.

Conversely, Lee Child’s hero Jack Reacher is a giant of a man, capable of great violence but also imbued with a great capacity to reason. Reacher is the thinking man’s action hero, so Child’s fight scenes tend to be less choppy and more descriptive, fitting in well both with the character and the overall tone of the books.

Reacher half turned and half stepped back, toward his door, a fluid quarter circle, shoulders and all, and like he knew they would the two guys moved toward him, faster than he was moving, off-script and involuntary, ready to grab him. Reacher kept it going long enough to let their momentum establish, and then he whipped back through the reverse quarter circle toward them, by which time he was moving just as fast as they were, two hundred and fifty pounds about to collide head-on with four hundred, and he kept twisting and threw a long left hook at the left-hand guy.

The styles are different, but both are effective and entertaining.

Do you really need an action scene at that particular point in the story? We’ve all endured scenes where suddenly a fight occurs when there was no need for it: it didn’t advance the story in any way, and seemed as if it was included just for the fight’s sake.

Good writers know how to use action effectively to advance their story.

Pulitzer Prize winner Larry McMurtry includes the scene below in his novel Lonesome Dove. It’s a short and brutal scene, but it gives you great insight into the personality of his character, Woodrow Call. The scene also forces the reader to ask questions that enhance the enjoyment of the rest of the novel.

The six soldiers, watching, were too astonished to move. The small-seeming cowman kicked Dixon so hard in the face that it seemed his head would fly off. Then the man stood over Dixon, who spat out blood and teeth. When Dixon struggled to his feet, the smaller man immediately knocked him down again and then ground his face into the dirt with a boot.

Before you construct an action scene, ask yourself, does this scene belong here, or elsewhere? Does it belong in the story at all? Does it move the plot along? Will my readers learn anything about the character(s) because of it?

If not, cut it out — or move it to another place in your story.

4. Make sure it rings true

We’ve all read books and seen films where a bullet never comes close to the heroine or she recovers much too quickly from a terrible beating. If I made my hero too invincible, my audience would see right through me, but how to bring intense, bloody reality to the slings and arrows my hero was sure to endure?

I used to work as a bouncer, so I’m familiar with what violence looks and feels like and I tried to bring that to my action scenes. However, I was concerned that I wasn’t bringing enough reality to events that I hadn’t ever seen in person.

Here’s how to solve this conundrum: realize that most authors have not seen gunshot or stab wounds firsthand. I have never seen anyone get shot (thank goodness!), but there’s nothing stopping me from doing some research. South African novelist Deon Meyer shadows police officers and interviews forensics experts to help him create scenes like this one, from Dead Before Dying.

The shot thundered across the beach, an echo of the waves. The lead bullet broke his bottom right incisor, tore through his palate, just above his upper teeth, punched through the lower bone of his eye socket, and broke through the skin just in front of his left ear. He staggered back, then dropped down into a sitting position. Pain shot through his head. The blood dripped warmly down his cheek. His left eye wouldn’t focus.

But he was alive.

5. Consider the aftermath of the fight

Things happen as a result of violence. A fight scene should change a character or give the reader a deeper understanding of the character’s motivations, emotions and possible future actions.

Don Corleone was staring at the table. “I want you to use all your powers, all your skill, as you love me,” he said. “I do not wish for his mother to see him as he is.” He went to the table and drew down the gray blanket. Amerigo Bonasera against all his will, against all his years of training and experience, let out a gasp of horror. On the embalming table was the bullet-smashed face of Sonny Corleone. The left eye drowned in blood had a star fracture in its lens. The bridge of his nose and left cheekbone were hammered into pulp.

For one fraction of a second the Don put out his hand to support himself against Bonasera’s body.

“See how they have massacred my son, he said.”

Don Vito Corleone, a man used to violence, is visibly moved and irrevocably changed by his son’s brutal slaying. Shortly thereafter, the Don steps down and his youngest son, Michael, rises to power. This one scene initiates a series of calculated events that permanently alter (and end) the lives of almost every character in Puzo’s novel.

Puzo makes his action scenes intense and exciting, but he also knows that the violence comes at a steep cost and isn’t shy about making his characters pay the price for their brutal ways. They deal with their physical and emotional pain in ways that are entertaining to read and help to advance the narrative.

In the same way, as you create your exciting action scene, plan the aftermath of the violence. The action must propel your story forward and have consequences for your characters, whether immediately or down the road.

For more information on how to write a fight scene, check out Joanna Penn’s free interview with martial artist and author Alan Baxter, or Baxter’s book Write the Fight Right. 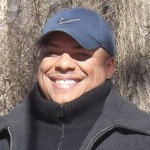 About the Author: Hugh O. Smith

Hugh O. Smith is the author of the books, Willows and Green Eyes and Good Hair and he blogs at HughOSmith.com. You can follow his work on Twitter, Facebook or Goodreads.