6 Tricks for Writing Eye-Catching Headlines Your Editor Will Love

When you’re pitching an article or writing a blog post, nothing is more important than your headline.

Goldfish have longer attention spans than Internet users, so how can you expect your audience to stick around for 900 words if they’ve already checked out halfway through your title?

If you want to keep readers locked to your content, try using these six psychological ploys that writers have been using for decades. Alone or in combination, they’ll help you create killer headlines.

When a person reads a question, one of two things happens.

On one hand, they may realize that they don’t know the answer to the question:

How Much of a Facebook Creep Are You Compared to Everyone Else?

Human beings are chock-full of curiosity. Once we find out we don’t know something, we feel an urge to shore up that knowledge gap. That blue, underlined text is a tiny promise that instant gratification in the form of an answer is just a click away.

On the other hand, they may think to themselves that they do know the answer:

Ever wanted a Glow-In-The-Dark Toilet?

Even if the answer is “no,” this tiny bit of interaction creates investment for the reader. A headline structured as a statement can glide through a reader’s mind without them forming an opinion, but a question forces a reader to personally engage an idea.

That may seem like a small thing, but even the smallest degree of investment is crucial on the Internet. Remember: You are competing with cats jumping and missing their landings.

2. Start with a number

6 Old-School Rules You Should Break as a Freelance Writer

Before we begin a task, we generally like to know how long it will take. This is why the Pomodoro Technique is so popular and why the DMV is so unpopular.

When a headline begins with a number, it lets the reader know about how long it will take to read. Medium caters to this same psychological need by tagging each article with a length in minutes.

If your audience is in a rush, use a number to let them know you won’t take up much of their time.

3. Attach yourself to an established brand

The parody site Clickhole demonstrates how effective this technique can be by regularly posting articles that are effectively lists of celebrity names devoid of any context whatsoever. These lists generate enough traffic that they’ve become a staple of the site.

36 Things Everyone Who Loves “Jurassic Park” Will Appreciate

Should I Try the Matthew McConaughey Diet?

By attaching your article to an established idea, product, or person, you can “piggyback” off the reader’s pre-existing interest. Of course, this only works if the reader is already a fan of whatever you are attaching your article to. Someone with no interest in Matthew McConaughey or Jurassic Park (what a sad person) would be far less likely to click on the above links.

How To Get Clients as a Freelance Writer: 10 Brilliant Strategies

This may just be the most powerful tool in the box. Everyone has problems, and everyone is scouring the Internet looking for solutions. As a writer, one of the most useful roles you can serve in the lives of other people is that of a problem solver.

Starting with “how to” says, “Reader, I know you have a problem, and I sympathize with you. But the good news is that I know the solution to your problem, and even more: I’m going to show you how to resolve it in a series of clear steps.”

That’s a lot of muscle for just two words. “How to” communicates a promise of no-nonsense, valuable content that the reader can put into action in his or her life.

Are you ready to know the writing community’s best-kept secret for engaging a reader’s curiosity? Don’t write another blog post until you’ve mastered this simple trick!

Ah, the neverending search for truth, treasure and secrets. Asking a question isn’t the only way to make a reader eager to continue reading. If you really want to hook a reader by the gray matter, use your headline to hint at secret knowledge you’ll reveal in your article:

9 SEO Secrets Every Business Should Know

Of course, in the age of the Internet, real secrets are few and far between. The combined knowledge of human experience is at our fingertips, after all. So what articles like the one above really do is dress up useful information in an alluring way. An article titled “Practical SEO Strategies for Businesses” might contain the exact same content as the link above, but the headline is far less engaging.

Another way to do this is to tell a micro-story that sets up a reader’s expectations and promises that they will be surprised. This trick has been around since at least 1926:

They Laughed When I Sat Down at the Piano, But When I Started to Play!

This can be something of a shady trick, but it’s definitely effective and this list wouldn’t be complete without it.

People don’t like the idea of losing something important to them. Deep down, we’re all scared to lose our health, our physical appearance, our children, etc… For everything a person can love, there is a fear that the object of our love will be taken away or suffer harm.

As a result, headlines that tap into suspicion, paranoia and insecurity always garner a lot of attention:

This technique is so effective and works so well across varying audiences that major news outlets have been using it for years in spite of the fact the world is safer now than it has ever been.

What are your nifty tricks for penning a compelling headline? Share your favorites in the comments! 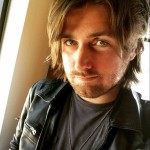 About the Author: John William Dye

John William Dye is not a significant source of Calories from Fat, Saturated Fat, Trans Fat, Dietary Fiber, Sugars, Vitamin A, Vitamin C, Calcium or Iron. Rather, he is a writer of fiction and freelance who lives at John Will Dye, Twitter, and Facebook.