10 Concentration Apps That Will Help You Get Down to Business Ahh, the freedom of freelancing. You set your own hours. You work on your own terms — within the scope of client deadlines and expectations, of course. You…

…Oops. Sorry — just had to check out the latest Grumpy Cat meme on Facebook. And sneak a peek at my email. Which actually reminds me, I haven’t updated my LinkedIn profile in a while…

While the Internet and all its glorious tools can make a freelancer’s work easier, it also provides so very many ways in which to avoid your work altogether and get lost in an abyss of never-ending stuff: some of it quasi-work-related (hey, LinkedIn’s a networking tool!), some of it just an excuse to procrastinate.

Luckily, you can get technology back on your side with a slew of super helpful concentration apps that help you focus, block out distractions and get to work. Here are some of the top ones: (Click to tweet this list)

If you’re always lured from your projects by the siren call of Facebook and Twitter, this app’s for you. Anti-Social eliminates the temptation to update your status by blocking these sites altogether.

You can choose timed blocks from 15 minutes up to eight hours (if you’re feeling really determined), and the app “keeps you honest” by cleverly lacking a way to turn it off. That’s right — if you feel the itch and try to cheat, the only way to sneak around a timed block is by rebooting your computer altogether.

Anti-Social is made to block over 30 social networking sites, including Facebook, Twitter, Tumblr, Hulu and Reddit. You can also add any other sites that tend to pull you away from your work. Are you a secret Amazon shopper? A fantasy football roster-checker? Add these sites to your blocked list to have them blocked as well.

Okay, let’s say that most of the time, Facebook and Twitter are a horrible distraction for you. But when you’re doing social media management for your blog, they’re kind of necessary. Concentrate allows you to select which applications and sites are allowed and which are off-limits based on the task you’re doing. It even goes the extra mile by opening up necessary applications for you.

Let’s say that when you write, you need to access Word, your favorite online thesaurus site (we all use them in a pinch), and Pandora for a little background music. So, when you launch your “writing” action (for whatever time limit you allocate), Concentrate will open a Word doc for you (either a new one or one you’ve already saved), open up your thesaurus site and launch Pandora for you. It can also block out everything else, set your chat status to “away” and give you special messages and alerts to keep you on task.

This app is specifically based on the pomodoro technique, a time management system that breaks tasks down into timed blocks separated by short breaks. Since its creation in the ‘80s, the technique has been done most often with kitchen timers; Focus Booster is its digital extension.

According to the rules of the technique, the app breaks your tasks down into 25-minute sessions (“pomodoros”), each followed by a five-minute break. After four pomodoros, you take a longer, 15- to 20-minute break.

This technique aims to keep your mind refreshed and agile as you work. If you’re the type who would plug away for two straight hours until your eyes start to blur, this more regimented system could help provide you with a little more structure and rest time.

Systems: Mac and Windows. An online version is also available if you work across multiple computers or don’t want to download an app.

Cost: Free (for now). They‘re currently crowdfunding on Pozible to keep the app free as they add new features.

Eliminate all the sidebars and notifications that tug at the periphery of your vision and really immerse yourself in your writing with this app, which turns your computer screen into the simplest, most distraction-free blank page possible.

You can choose various themes, from a totally gray screen with black writing, to a screen over a soothing background image, to a retro green-type-on-black look. Everything else, including the app’s own user interface, which you can access by mousing over the edge of the screen, is whisked out of sight and out of mind.

Features include timers and alarms, daily goals and (my personal favorite) genuine typewriter sound effects, if that helps get your inspiration flowing.

Cost: Free (with the option to donate if you so choose) If you lack it yourself, SelfControl has it for you. Unlike other apps, this one will not allow you to get out of your predetermined timed sessions — not even by rebooting your computer or deleting the application itself. If hardcore discipline is called for, this is about as strict as it gets.

Aimed at websites only, but highly customizable within that area, StayFocused limits the amount of time you can spend on certain sites. You decide how many minutes per day you’re allowed to access your guilty pleasure sites, and once you’ve hit your limit, the site is blocked for the rest of the day.

Not only can you block websites, you can also block subdomains, specific pages on certain sites, distracting in-page content like videos and images or the entire Internet itself. Better yet? If you try sneaking back on (you know, just to make sure the app is working), you’ll be guilt-tripped by a message asking, “Shouldn’t you be working?”

For those on the opposite side of the focus spectrum — workaholics who work too much for too long — these apps will remind you to take a break once in awhile.

Time Out reminds you by gently dimming the screen and showing you a message. You can take normal breaks (10 minutes after 50 minutes of work) or micro breaks (short pauses of 10 seconds every 10 minutes if you’re really doing something stressful). Once the break is over, your screen fades back in, and you can get back to work.

SmartBreak is aimed more at the ergonomic benefits of break-taking. Rather than using set break periods, it actually monitors the amount of work you’re doing (are you typing away like a fiend, or just pecking?) and reminds you to take a break based on when it thinks you need it. While this could get disruptive if you’re just looking to take breaks now and then, it’s great if you suffer from the repetitive stress injuries, back and neck pain, and eye strain that come from long hours in front of a computer.

These are both mobile apps, but the idea behind them is a great one. While other apps focus on blocking out visual distractions and computer applications that can drain your focus, these smartphone apps help block out the distractions of a noisy work environment. It’s best if you have a headset to really get the full effect.

Sound Curtain masks noise with white noise and harmonic sounds — and if you have a mic on your headset, it will automatically adjust its volume, pitch and tone according to the level of noise around you.

White Noise mimics the sound of an untuned TV from back in the day when we still had static channels — not so jarringly that it’s a distraction in itself, but more as a means of absorbing ambient noise and “insulating” your mind.

Did we miss any good ones? Share your favorites in the comments!
no
1
links 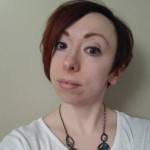