When you think of transformation, what images come to mind? Perhaps a caterpillar becoming a butterfly, or a classic rags-to-riches tale.

Transformation can mean a thorough or dramatic change in form or appearance, or a metamorphosis during the life cycle of an animal.

Think about how your writing can transform lives on the following levels:

The seven secrets of transformational writing

When you write, consider these elements in order to ensure that your work maximizes its potential impact.

1. The secret of meaning

Every word has meaning. Each action or plot twist in your story should also convey some kind of meaning. This isn’t to say that every element has to be some kind of profound life-changing event, but consider the concept of parables and hidden meanings.

Think about ways to add new levels of meaning to your writing. What is your story or book really about on its deepest level? What are the deeper meanings your writing can convey through stories?

2. The secret of legend

Joseph Campbell, author of The Hero with a Thousand Faces

The departure begins in the hero’s ordinary world with a call to adventure, a refusal of the call, a bit of aid (often supernatural), and the commencement of an adventure. The initiation phase consists of the road of trials, meeting with a mentor, some form of crucifixion, and a resurrection or transformation. The return is where the hero demonstrates mastery of both worlds and brings back the reward. Along the journey the hero may meet various characters including a herald, a mentor, a trickster, a god or goddess, several allies, and of course, some enemies.

There are many variations of the hero’s journey, but if you look closely you will see the template in many popular stories and myths. How can you create a larger-than-life legend in your own writing? Who is your hero?

3. The secret of vision

When visionary filmmaker Cecil B. DeMille headed west to make movies in 1913, California was nothing more than “orange groves and desert” and movies were considered a passing fad. He followed his vision and went on to establish Hollywood as the motion picture capital of the world with over 70 major films to his credit.

Henry Ford said that if he had listened to what the people wanted, he would have created a faster horse. Instead he invented the automobile, something that nobody knew about or wanted until it was created. When John Bunyan wrote Pilgrim’s Progress

What is something new that you could say or create that no one has ever seen before?

4. The secret of showing

One day Buddha silently held up a flower to the assembly of his disciples. One disciple smiled, understanding completely and became enlightened. Words were not needed.

The human brain reacts more to images and stories than it does to explanatory instructions. Think about an early storyteller weaving tales around a fire; perhaps he described how a leopard pounced on his younger brother, who was walking alone along the dark path under the mango tree, and tore him to shreds. Wouldn’t that have more effect than simply telling the audience that leopards can be dangerous animals?

Show, don’t tell. Check out the award-winning film The Artist or watch the short film Nuit Blanche for wonderful examples of visual storytelling.

While writing your book, even if it’s nonfiction, imagine how your stories could be translated into images. How can you make your storytelling more visual and less explanatory?

5. The secret of releasing

Many of my greatest writing successes have come when I wasn’t looking for them. When I was in my second year of law school I began having second thoughts about my future career. Did I really want to become an attorney?

Even though I was still doing well in school while working a full-time government job, I began to wonder whether I had made the right choice. Around that time I received a call out of the blue from a previous publisher who asked me if I could write a book about identity theft.

Realizing that my heart was more into a writing career than practicing law, I accepted the assignment and took a leave of absence from law school. I later returned to graduate school, but this time to earn my Master of Fine Arts in Creative Writing. I let go of my plans for a legal career and my writing career took off.

This also applies to certain projects after you’ve done everything you can. Sometimes you just need to let go and move on. (Like this idea? Click to tweet it!)

What do you need to release in order to take your writing career to the next level?

6. The secret of silence

What if you spent less time talking about writing and more time writing? What if you listened more than you talked?

Become aware of the still, small voice within. What is the space between your thoughts? Learn to listen to the silence. Take time every day to sit or walk or stand in silence. Whether you call it meditation, silent prayer, or waiting in the stillness, listen for the voice inside you. What does it want you to know?

7. The secret of action

Have you ever known someone who is always talking about what they are going to do someday, but they never take any action?

I’ve met many aspiring writers who spend a lot of time talking about their stories and telling people what they are going to do one of these days. I’ve known others who are always reading books about writing, taking writing workshops, and going to writers groups. But they never get their books written. They often start but never finish. Many never get started.

I’ve done this myself: I recall telling a counselor that I had just checked out half a dozen books on writing from the library and enrolled in a writing class. When he asked me if I had started writing anything yet, I had to tell him no.

Sometimes the smallest actions can yield the greatest results. Sometimes less is more. Rather than getting overwhelmed with thinking and talking about all these major projects that you don’t have time for, take small actions on a consistent basis. Learn to take baby steps. One word at a time. One page at a time. Five minutes at a time. One day at a time.

How can you break your writing into baby steps? What will you write today?

How has writing changed your life? How will you transform the lives of others with your words?

The seven secrets of transformational writing are excerpted from Transformed by Writing: How to Change Your Life and Change the World with the Power of Story. 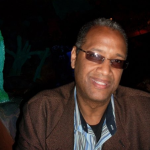 About the Author: Robert Hammond

Robert Hammond is an award-winning screenwriter and author of over a dozen books including Transformed by Writing, The Light, and Ready When You Are: Cecil B. DeMille’s Ten Commandments for Success. He is also a creative writing consultant and English professor, specializing in helping people become published authors so they can tell their stories and make a difference in the world. His mission is to help others find their inner light and share their stories with the world.