14 Ways to Annoy Your Editor: How NOT to Pitch a Guest Post I recently had a snafu with my submission to a website, where I’m sure I pissed off the editor, and they pissed me off a little, too.

On my part, I had a pitch accepted and I submitted the finished guest post in a timely manner, or so I thought. I realized a few days later that I had attached the wrong version, a scrappy early draft. I quickly sent the correct version with my apologies. When I had not heard back three weeks later, I assumed they had scrapped it (deservedly) because of my mistake.

Then, one day, I received their newsletter and my post was the headline! I was really excited until I realized they had posted the draft version. It was really bad, to the point of being unfinished, and I thought it reflected poorly on both them and me.

I reached out immediately via email, and direct social media messaging to let them know the problem. There was only a general submissions email, and no way to get in touch with a human directly. After many attempts to reach someone, I finally promoted it the next day because I felt it my duty as a contributor, but it was painful. It has been almost a week, and I have not heard a peep from them.

Since there are lots of things both bloggers and editors can do (and not do) to make life easier for each other, let’s take a look at both sides. This is the first piece, from an editor’s perspective, and the companion piece is from a contributor’s perspective.

I reached out to many editors to find out what contributor/submission behaviors irritate them the most, and this is what I found!

If you submit your piece to a site, don’t submit it to 10 other sites at the same time. Editors are not amused when they promote your piece only to see it run on another online publication simultaneously, or a short time later. This may ensure that you are not invited back.

Along these same lines, plagiarizing is completely unacceptable. One editor shared that she received a submission from a professional writer, that turned out to be completely plagiarized. It was locked in for a place in their editorial calendar, and they didn’t find out it was a copy until the last minute, so you can imagine the chaos it caused.

2. Not promoting your work

When you find out when your piece is going to be featured on a specific site, be sure to set aside time on that day to promote it. (For those of you saying “But they don’t tell me when they are going to run it!”, sit tight! We’ll cover that in my upcoming article about things that piss bloggers off.).

Promotion includes things like sharing it on social media and in some cases, a teaser post. A teaser post should typically go up the same day as the piece, not a week later. If you are unsure of how and when you should promote your featured piece, ask the editor. Most will probably be more than happy to answer that question, since it will benefit them. You should also put the badge for the site (if they have one) in your sidebar, and/or on your “Featured Writing” page in a timely manner.

One editor specifically disliked it when an author she worked with used the entire first half of her featured post, word for word, in her teaser post, giving readers little incentive to click over to the host site to read the full post. Check out 5 Tips For Writing A Traffic-Inducing Teaser Post for tips on how to do this correctly!

You also want to be sure to brush up on your social media do’s and dont’s. For example, don’t start your tweet with @nameofsite. This is seen as a reply in the Twittersphere, and will only be seen in the feeds by that site and people following both of you.

This can relate to any communication with your host site. If, for example, you respond to your editor’s request for your social media links two weeks before it will be published with “I’m on a bus right now, but you can Google them yourself,” you might piss off your editor.

4. Not following the host site

It should go without saying that if you are submitting to a site, you should be following them on their social media platforms and subscribed to their newsletter. Surprisingly, this is often not the case.

This etiquette can go a long way, though. In fact, one editor makes her first order of business, when reviewing a submission, to check and see if the author is already a fan of her site on Twitter and Facebook. If they’re not? Automatic disqualification.

5. Not responding to comments

When you are published on a site other than your own, most editors expect you to follow the comments once your post goes live and respond often, especially on the first few days it’s up.

Be honest and upfront with your editors. Remember, they’re human and they make mistakes. If they’ve chosen a photo that rubs you the wrong way, or if they’ve written a promo that isn’t a good representation of you, please tell them. In many cases, they’ll change it.

7. Being a bad sport

This runs the gamut from complaining directly to editors to publicly calling out an editor for rejecting your piece(s) on social media. I’ve seen it, and it’s ugly. Passive aggressive behavior doesn’t gain you any points either.

Editors create submission guidelines for a reason, and not reading and following them is a huge pet peeve for editors.

One editor who provided feedback is very clear about guidelines but often has submissions that don’t follow them. This results in a good bit of time spent doing the work the author should have done like fixing grammar, editing to meet word count requirements and hunting down bios. Similarly, be sure that you are not asking questions about submission guidelines when answers have already been clearly provided on the site.

The main gripe of editors here was not that bloggers didn’t get back to them, but more that they can’t easily figure out how to reach people, because a correct email is not included with a submission.

On a related note, it drives editors crazy when there is no email on your personal website. In many cases, editors will find something on a personal blog and want to proactively reach out to a blogger to ask about syndicating it. It’s frustrating when there is no email on your Contact page. Embedded contact forms are not ideal either, and generally create an extra “barrier” between the blogger and people who would like to reach out.

Whatever you do, don’t go nuts when there is a hitch with your submission. Remain calm and keep your arms and hands in the blogosphere at all times.

Several editors noted their irritation with bloggers who contact them in a panic wanting to change something after the post goes live, or who want to include a photo when they didn’t submit anything initially. These are not emergency situations.

Be thorough in your initial submission to avoid issues like this as much as possible. Nasty emails in the heat of the moment are not good for anyone. Take a deep breath and reach out calmly. Editors will usually accommodate, but a cyber freak-out or irate email may signal the end of your publishing with a specific site. For many editors, being featured is as much about the pleasure of working with someone as it is about the quality of their writing.

This can be having a pitch accepted but not delivering the entire piece by the deadline, or it may be that the article has been delivered, but the editor is left waiting for additional requested information, like social media links, a bio, etc.

Having to be “chased” down, by your editor is probably a pretty good way to get crossed off the list of welcome contributors in the future.

12. Not editing before submitting

Some editors self-identify as “neurotic” about basics like spelling and proper punctuation, so you should be too. Horrible spelling and grammar can overshadow even the best submission.

Most editors are going to proofread your work, but the less work they have to do, the better it will reflect on you.

Or in the wise words of one editor: “Submitting crap and hoping it works.”

Reading and developing a clear understanding of the tone and content of a site is a must before submitting. Don’t say “You probably won’t like this but I figured I’d try anyway.” You might as well say “I don’t value your time at all.”

Cold pitching also goes in this category. This would be where a blogger mass-submits something without knowing what the site is about and then is confused as to who they are even talking with when an editor responds.

14. Being unresponsive to edits

Difficulty communicating with an author during the editing process can cause editors to wring their hands. This can include not responding to edits in a timely fashion, continuing an endless back and forth of changes, or not being technically savvy enough to participate in editorial discussions or do basic Microsoft Word formatting.

On the flip side, we received lots of feedback on the types of submission behaviors editors love to see (and do see!). Here are just a few. Bloggers who:

Hopefully this helps some bloggers to sharpen their pencils around submitting work. I run a site about submitting work, and even I learned some things from this feedback to improve my submitting game. I hope you did too.

If you’re an editor, do any of these behaviors sound familiar? Would you add any others to the list? If you’re a contributor, are any of these suggestions a surprise to you? 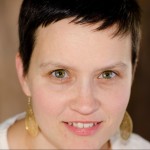 About the Author: Susan Maccarelli

Susan Maccarelli runs Beyond Your Blog, a site that helps bloggers get published on sites beyond their own blogs. She talks to bloggers and editors to get the inside scoop about getting writing accepted on specific sites.